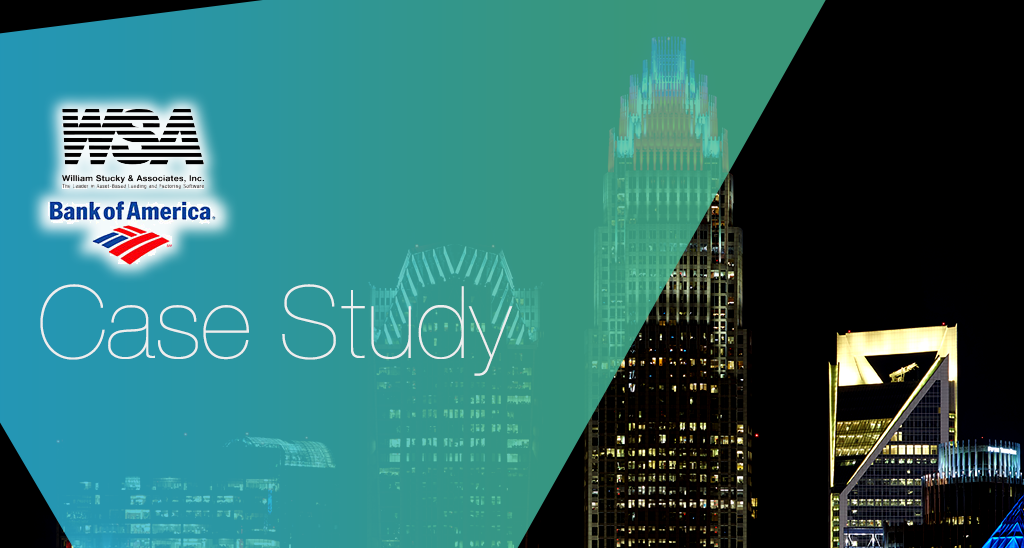 Bank of America Migrates from Btrieve to Oracle with BTR2SQL

When William Stucky & Associates (WSA) set out to migrate Bank of America's loan processing application from Btrieve to Oracle, they used Mertech's BTR2SQL driver to facilitate the process. A transition that could've required thousands of hours of costly code rewrites and data reformatting was instead made simple through WSA's partnership with Mertech.

Since 1979, William Stucky & Associates (WSA) has provided over 400 prominent banks and commercial finance companies with software tools to automate their businesses. In particular, WSA is the U.S.’s leading supplier of asset-based lending software. Their system, Windows Asset-Based Lending Manager (WinABLM) allows lenders with portfolios ranging from one million to ten billion dollars worth of loans to access up-to-the-minute info on their assets, from anywhere in their corporate network.

William Stucky & Associates produces the most widely used asset-based lending and factoring software in the industry. Located in San Francisco and founded in 1979, WSA works with over 400 prominent banks and commercial finance institutions, including Bank of America.

One of WSA’s more notable clients, Bank of America, used WinABLM to process large-scale precious metal loans. While Bank of America was mostly happy with the software’s multi-branch reporting capabilities, they experienced difficulties when attempting to synchronize six branches worth of data at their main New York office. Tired of having to manually dump disparate piles of Btrieve data into their main Oracle database, Bank of America decided to move to a single, enterprise-wide database platform. Due to the size and scope of their needs, Bank of America selected Oracle.

Typically, when companies providing transactional-based (Btrieve) applications assist customers in migrating to set-based (Oracle) databases, the project requires significant time and effort, up to and including a complete code overhaul. Neither able nor willing to invest in rewriting WinABLM’s code or creating a new solution from scratch, WSA approached Mertech to aid in Bank of America’s migration process.

“No other product would have allowed this complex, Btreive-based application to work with Oracle without a significant rewrite.”

Without Mertech’s assistance, WSA’s Bank of America migration project was estimated to require over 4,000 hours of developer time, to say nothing of the time necessary for testing and iteration. By incorporating Mertech’s BTR2SQL driver into the project, WSA was instead able to complete the entire migration in just a few months.

Mertech’s BTR2SQL driver headed off the need for a code rewrite by creating a seamless connection between WSA’s application and Bank of America’s database. BTR2SQL intercepts Btrieve-based commands, like those coming from WSA’s application, and relays them to Oracle databases as optimized, efficient Oracle statements. After a series of thorough testing phases, WSA went live alongside Bank of America’s new database.

“Our transition and testing phases were very smooth. Whenever we had a question or hit a snag, the Mertech support people were right there with the answer.”

With the transition completed, Bank of America no longer had to manually transmit, upload, and resend data when looking for a big picture view of their branches’ activity. In a fraction of the time it would’ve taken to rewrite WSA’s application code, Bank of America was live on WSA’s app alongside Oracle, providing the financial institution with improved performance, greater scalability, and enhanced reporting, thanks to BTR2SQL.

Read how BTR2SQL can help your business transition to industry-standard databases.