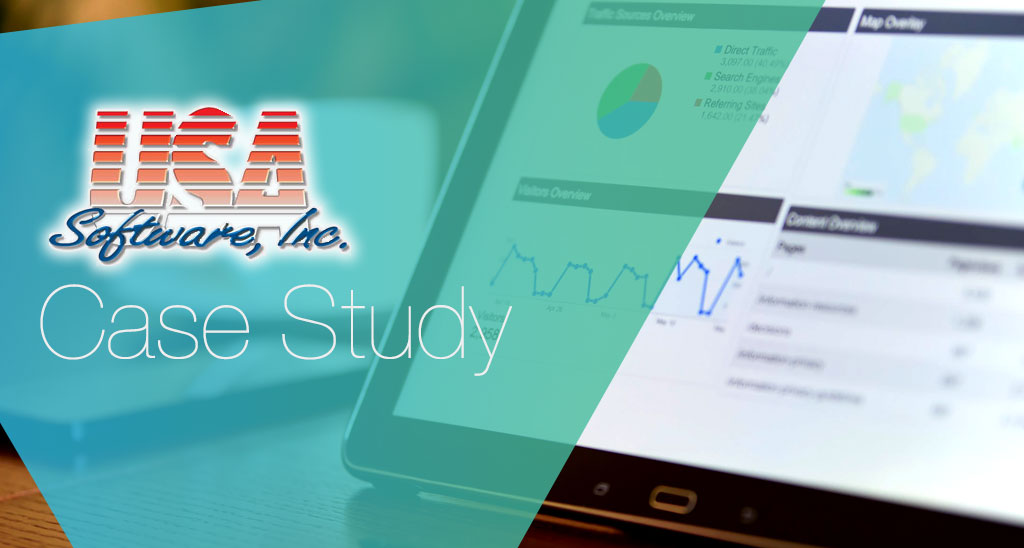 Here’s a scenario that anyone with tenure in the software business can relate to: you get the news that one of your most essential applications will be going in a new direction soon. In the case of F.A. “Woody” Spencer, President of USA Software, this news came from Crystal Reports, making the announcement that their long-used COM-based interface would soon be replaced with a .NET solution.

At first, Woody thought that it sounded great to keep everything under the umbrella of solutions offered by one vendor. But, it didn’t take long to realize just how big the learning curve would be when trying to get this new reporting solution to work with SQL Server, the database behind all of USA Software’s products. While working on a custom web-based application outside of the law enforcement sector, the USA team experimented with the new reporting tool being offered:

Started in 1989, USA Software specializes in software for law enforcement agencies. With customers located across the southeastern U.S., the team takes pride in helping these agencies manage their information systems and improve communications.

“We did a bunch of work in this new reporting solution, trying to understand how it works, and there was such a learning curve. It wasn't just the reports, we also had to learn about the programming side of it to call the reports and pass variables. Then we still wanted to make changes, like adding a formula or selection, and every time we would have to stop and figure it out for both environments. This was all stuff that we already knew how to do, and had been doing, in our Crystal Reports.”

After wrapping up this complicated project, Woody and his team began working on a new version of their signature software. They knew the time was right to develop a web application for their law enforcement customers who had mentioned how great it would be to bring up reports on their phone. Knowing the multitude of Crystal Reports that were saved in their existing Windows application, Woody’s challenge was to make them available in the new mobile dashboard.

"The problem was that it would have taken hundreds of hours to recreate all of our Crystal Reports in this new reporting tool, because we had dozens of them, and each one could easily be an hour to create, maybe more.”

"We only had to change 3 lines of code"

It was during this time that Woody heard about Mertech’s new product called Flex2Crystal. He was already using our Flex2SQL product in order to get his application to run with a Microsoft SQL database, and since he had such a positive experience, he decided to test Flex2Crystal.

At this stage in the project, it was taking USA Software longer than anticipated to put the new web application together partly because of how Crystal Reports was connecting to the SQL database directly. The Mertech team provided them with a sample procedure code that would help them communicate with the SQL database a bit differently than the way they were doing it.

"That procedure, along with Flex2Crystal, made our lives better... we took our existing code out of our Windows application, wrote a utility to replace 3 lines of code on each report file, tossed in your procedure, and done! Crystal Reports works in our web application, and the whole thing took only an hour to do!”

"When I had the idea of us developing our mobile dashboard, I knew it had to work for our existing customers, and work with SQL Server, and I wanted to make sure that Crystal Reports were a part of that package. I wanted our law enforcement customers to be able to access information from anywhere, at any time, and be able to act on it, or have an informed conversation about it,” explains Woody.

"With Flex2Crystal, we leveraged the same code that we have been developing all these years in our Windows application, and we didn’t have to redevelop anything. It’s just so simple. Now our users can easily pull up reports with charts and graphs that are colorful and meaningful, something we couldn’t make happen in the reporting offered by our development tool.”

"Flex2Crystal has saved us hundreds of hours in development time, by not having to reinvent our Crystal Reports and not having to change the existing code for our Windows application. Because of that, we were able to rapidly develop and start deploying our dashboard. From a sales perspective, that means we’ve been able to create more solutions for a wider range of customers.”

"For our business, Flex2Crystal means that we came into the 21st century, big time. We’ve had our browser-based application available for a year, and our users can access it from any phone, desktop, or tablet, so we’re in the game, we’re in the mix, we’re relevant. We’re able to be modern, and along with the Mertech products, we’re able to develop and get things out there quickly.”

"Not only were we able to use the same exact reports in our web application as we used in our Windows application, but we were able to use the programming code, which is virtually identical. And whenever we wanted to make some other changes, like adding a formula, or selection, we already knew how to do that. With any other reporting solution, we would have to stop and figure it out, on the reporting side and the programming side. With Flex2Crystal, we absolutely eliminated the learning curve.”

"If you have a ton of reports, there's no need to reinvent the wheel. I recommend Flex2Crystal because the tool did exactly what Mertech said it would do, and the single biggest thing is that it just works. We didn't need to retool anything, just update 3 lines of code."

See how easy it is to integrate the most recent version of Crystal Reports with Visual DataFlex - without changing your code!