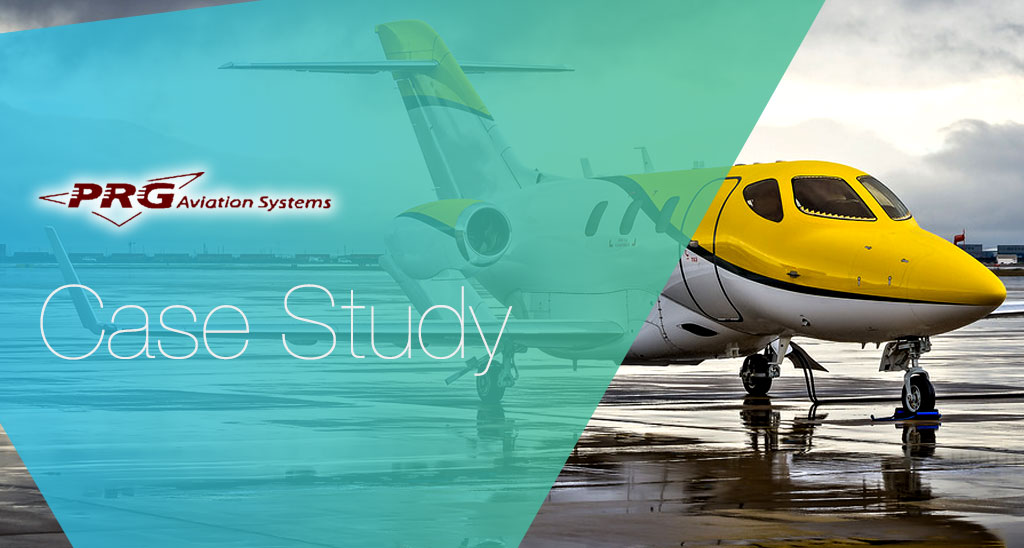 PRG sells a number of different fuel, parts, and maintenance software applications to its customer base. Most of these applications were written in DOS-based DataFlex. In 2004, as the Web 2.0 revolution was just beginning, PRG realized that they needed to give their product a face lift. Furthermore, many of the products’ users did not spend a lot of time behind their desk.

The service representatives needed to be able to record the results of maintenance inspections and order parts while out on the airfield; they definitely needed a mobile application. However, at this time, the mobile industry in the US was still very early-stage. The Mertech team would have to be very creative in developing a solution.

The team rebuilt the software program as a web-based application accessible via a touch-screen interface. However, this wasn’t easy. At the time, the world was building page-based web applications, which wouldn’t work when applied to a touch-screen device as a touch screen couldn’t refresh itself without constant human intervention. The Mertech team identified a way to update the screen dynamically by sending an asynchronous XML over Javascript, a method which later became known as AJAX technology. Although now AJAX technology is incorporated into browsers, it wasn’t at that time. Essentially the team had to adapt IE 5 to behave like a modern browser.

The team also had to create touch-screen controls for the webpage that would control the page with no clicks, i.e., without a mouse. To do this, Mertech developed logic that identified where a mouse pointer would be if it was being used, then related those points to where a user might touch the device. Mertech also incorporated “visual cues” such as color transitions that gave feedback to the user that the highlighted item had been selected.

The project was unique primarily because of the timing: Mertech was way ahead of the mobile curve. The new touch-screen product enabled PRG to experience significant business growth by leapfrogging its much larger competitors who were still selling Windows-based applications.